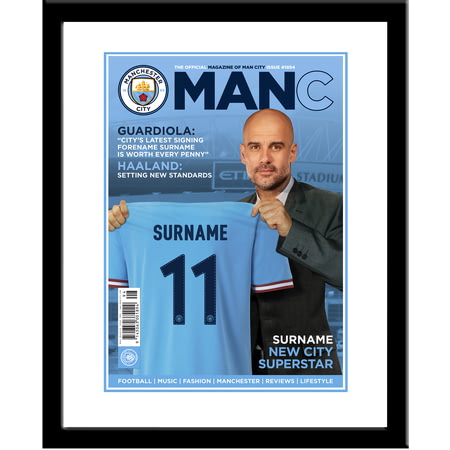 Our Personalised Manchester City FC Magazine Cover is sure to raise a smile as they see their Surname on the shirt held by the manager.

A superb gift for any occasion, the Personalised Manchester City FC Magazine Cover is approved and fully licensed by the club.

You can even select which number you want printed on the shirt making it an ideal birthday or anniversary gift.

In Stock, Dispatched in 1-2 days + delivery. Available for Express Delivery (if ordered before 12pm).