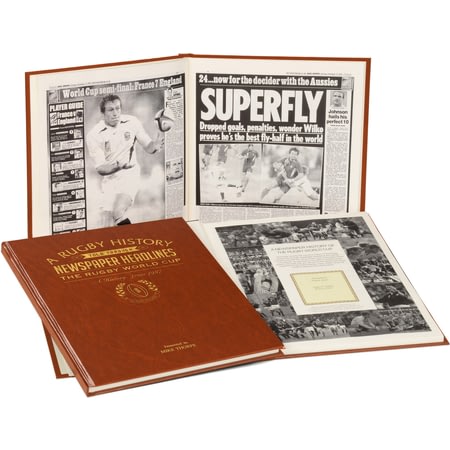 The first Rugby World Cup in 1987 was won by hosts New Zealand.

The southern hemisphere continued to dominate the tournament until 2003 when England beat Australia in their own back yard.

It was a momentous win and the action highlights are featured in this account of all Rugby World Cups up to 2011 when the All Blacks won for only the second time.

Reproduced from original national newspapers of the time this record is a must for any Rugby Union fan.

Our Rugby Newspaper books are unofficial products, and are in no way affiliated with any club, unless specifically stated.