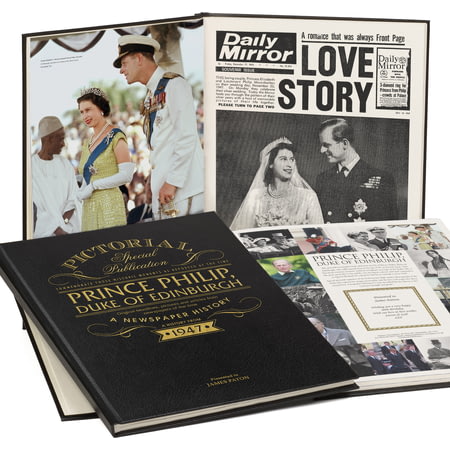 The importance of Prince Philip's role in the royal family cannot be overlooked or underestimated.

The Duke of Edinburgh's Award has changed the lives of countless young people, expanding to 144 nations since its founding in 1956, and was arguably his greatest achievement.

He retired in 2017, having performed 22,219 solo engagements during his life in public service.

At a celebration of their golden wedding anniversary, the Queen took the opportunity to publicly recognise this: "I, and his whole family, and this and many other countries, owe him a debt greater than he would ever claim or we shall ever know.

" We're paying tribute to his years of service and support to the Queen with this premium pictorial newspaper book.

You can personalise this beautiful book with the recipient's name embossed on the cover, and there is space for a special message on the opening page.

Celebrate the life of the longest-serving royal consort in British history with this pictorial newspaper book.