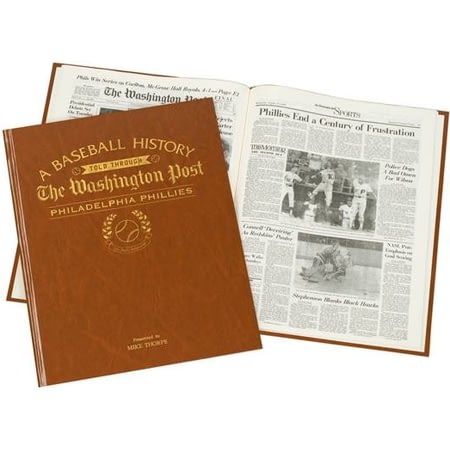 Capture the history and greatest moments of the Philadelphia Phillies through Washington Post newspaper articles written at the time.

Throughout the rest of the book, the team’s greatest victories are all included, making a fantastic reportage history for any diehard Phillies fan.

Fans can read coverage of Schmidt making his 500th homerun in ’87, and the Phillies’ World Series triumph in 2008. This book is unique and makes a wonderful gift, the perfect for a true Phillies fan. Reproduced to near full tabloid newspaper size it is bound in luxury tan leatherette, gold embossed, hardback cover.