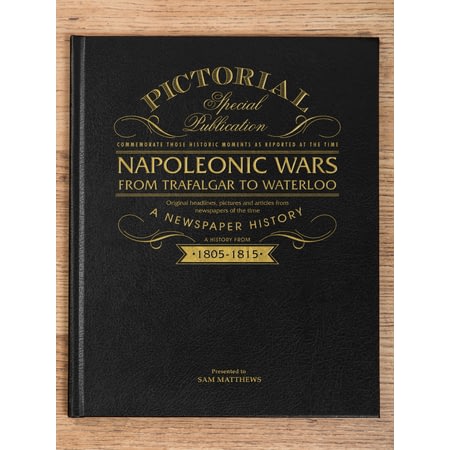 To commemorate the 200th anniversary of the Battle of Waterloo and the final fall of Napoleon, The Napoleonic Wars: From Trafalgar to Waterloo newspaper book consists of contemporary accounts of a selection of the battles as reported in the British newspapers of that time.

Including interesting and historical articles such as Napoleon’s own account of the Battle of Waterloo, this book is a historical record of the events that shaped Europe as we know it today.

The scans from original newspapers are bound in luxury black hard back leather, gold embossed cover.