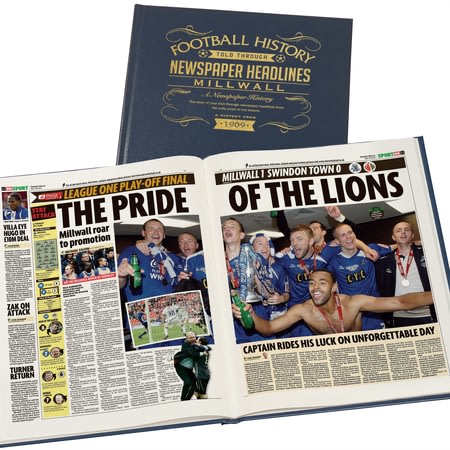 Capture the history and greatest moments of Millwall FC football club through newspapers written at the time.

Starting in 1909 with a cup round win over Arsenal, this book charts a glorious history of great league and cup games and names through the decades.

Top stories include the promotion games, including the win over Hull in 1988 to the top flight, that Millwall temporarily topped in the same year and in the following year.

Millwall's foray into Europe , the play-offs and the recent cup run are also featured.

This is a unique and wonderful gift and a must have for all Millwall fans.