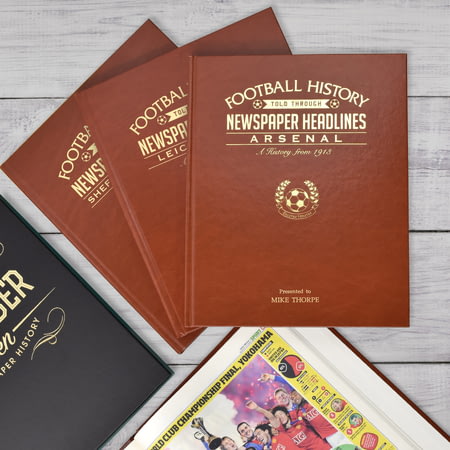 Capture the history and greatest moments of Liverpool football club through newspapers written at the time.

Starting in 1906 with the Division 1 title , this book charts a glorious history of great league, cup and European games and names through the decades.

Top stories include further league title wins over the next 40 years including for a record 11th time in 1979 and 18th time in 1990. The FA Cup wins including the double in 1986, and years of European honours.

This is a unique and wonderful gift and a must have for all Liverpool fans.

Personalisation is on the title page.