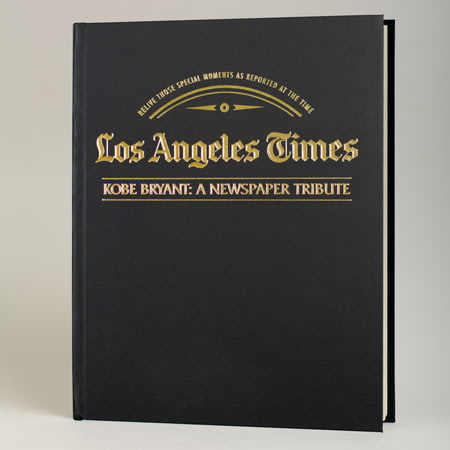 "Everything negative - pressure, challenges - is all an opportunity for me to rise.

" The words of the late Kobe Bryant, whose life was tragically cut short at the age of 41. Two-time Olympic gold medallist Bryant will be forever remembered as one of the NBA's greatest ever players.

This 222-page book tells the story of Kobe Bryant's career through LA Times news articles and captures every success that the Lakers' Shooting Guard ever achieved.

A keepsake gift and a tribute to the memory of a man who transcended his sport and became a global icon.

Personalise this book with a message on the opening page with the option to emboss the front cover with the recipient's name.

A3 sized and bound in a choice of purple or black leatherette covers.

A tribute to the life of Kobe Bryant, told through LA Times newspaper articles.

In Stock, Dispatched in 2-4 Days + delivery.