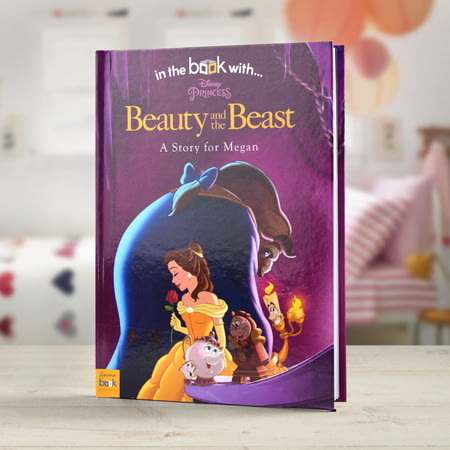 This beautiful book faithfully re-creates the story of the animated Disney film Beauty & The Beast, which became an instant classic after its release in 1991. The story follows Belle, a village girl with dreams of adventure, and her struggles with boring village life.

Belle is soon thrown into danger when she rescues her father from a wicked beast, but in exchange agrees to remain as the beast’s captive for the rest of her days.

Unbeknown to Belle, the Beast is a prince who was cursed by an enchantress he acted unkindly toward.

The curse could only be lifted if he could find true love and be loved in return.

As time passes, Belle learns that the Beast is not as wicked as she once thought.

The curse may yet still be broken!

This book is perfect for any fan of the original Disney film, and will be personalised with the recipient’s name throughout the text, as well as their name and a personal message on the opening page.