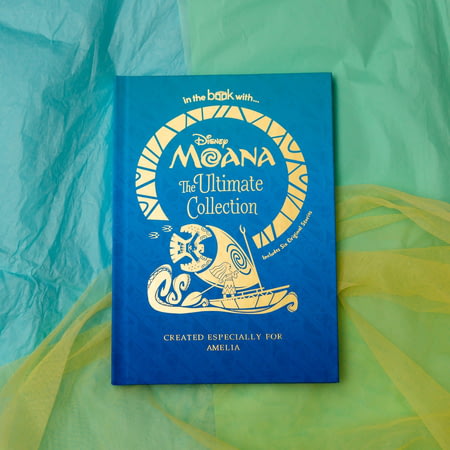 After Moana was released in cinemas in 2016, it quickly became a massive hit.

The character of Moana is an inspiration to young girls on a universal scale: she is brave, determined, strong, and independent.

This stunning edition will glow with the recipient's name embossed on the front and even includes an introduction story where they will feature!

There is also an option for a photo upload and a gift box.

A unique collection of six stories all about the world of Moana.