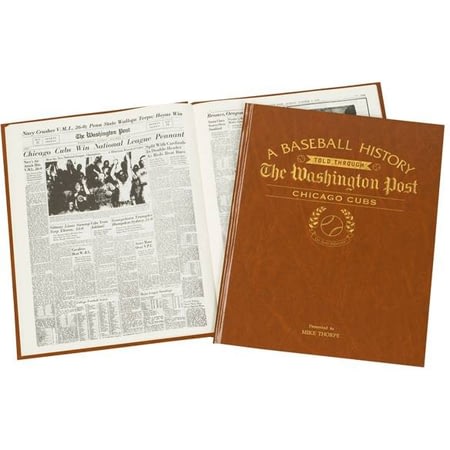 Capture the history and greatest moments of the Chicago Cubs through Washington Post newspaper articles written at the time.

Coverage begins in September 1907 with the Cubs’ 100th victory that secured the team its eighth National League pennant.

Further titles in 1908 and 1910 follow, both of which are covered in depth in the book.

This book is unique and makes a wonderful gift, perfect for Cubs fans. Reproduced to near full tabloid newspaper size it is bound in luxury tan leatherette, gold embossed, hardback cover.