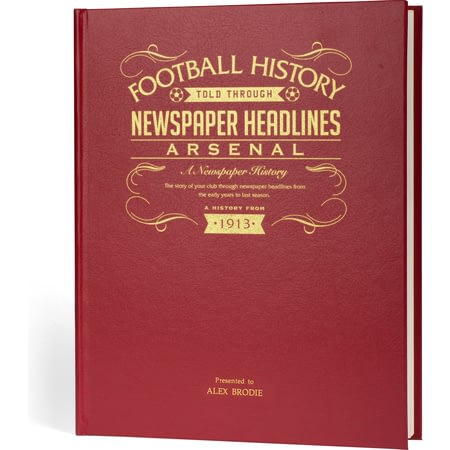 Capture the history and greatest moments of Arsenal football club through newspaper articles written at the time.

Starting with coverage of Arsenal’s 2-1 win over Huddersfield in the 1930 FA Cup Final at Wembley, this book charts a glorious history of great games and accomplishments through the decades of the 20th century.

Top stories include league and cup wins and the trio of double achievements.

European games are also reported including the Cup Winners Cup win in 1994 and reaching the Final in 1995. Read about the signing of Bergkamp in 1995, Henry in 1999 and that amazing unbeaten 2004 season.

A unique and wonderful gift and a must have for all Gunners fans.